Before I went on my journey, a mentor of mine said to me that this endeavor will be as much an “inner” and as an “outer” journey. Since the last couple of months have been really intense I felt the need to give myself a little time to pause and reflect. That’s why I spontaneously booked a ticket from Singapore to Bali to go to a silent retreat center there. It is in a beautiful spot right in the middle of traditional Balinese rice fields, and besides time to think I also found some very inspiring people there. 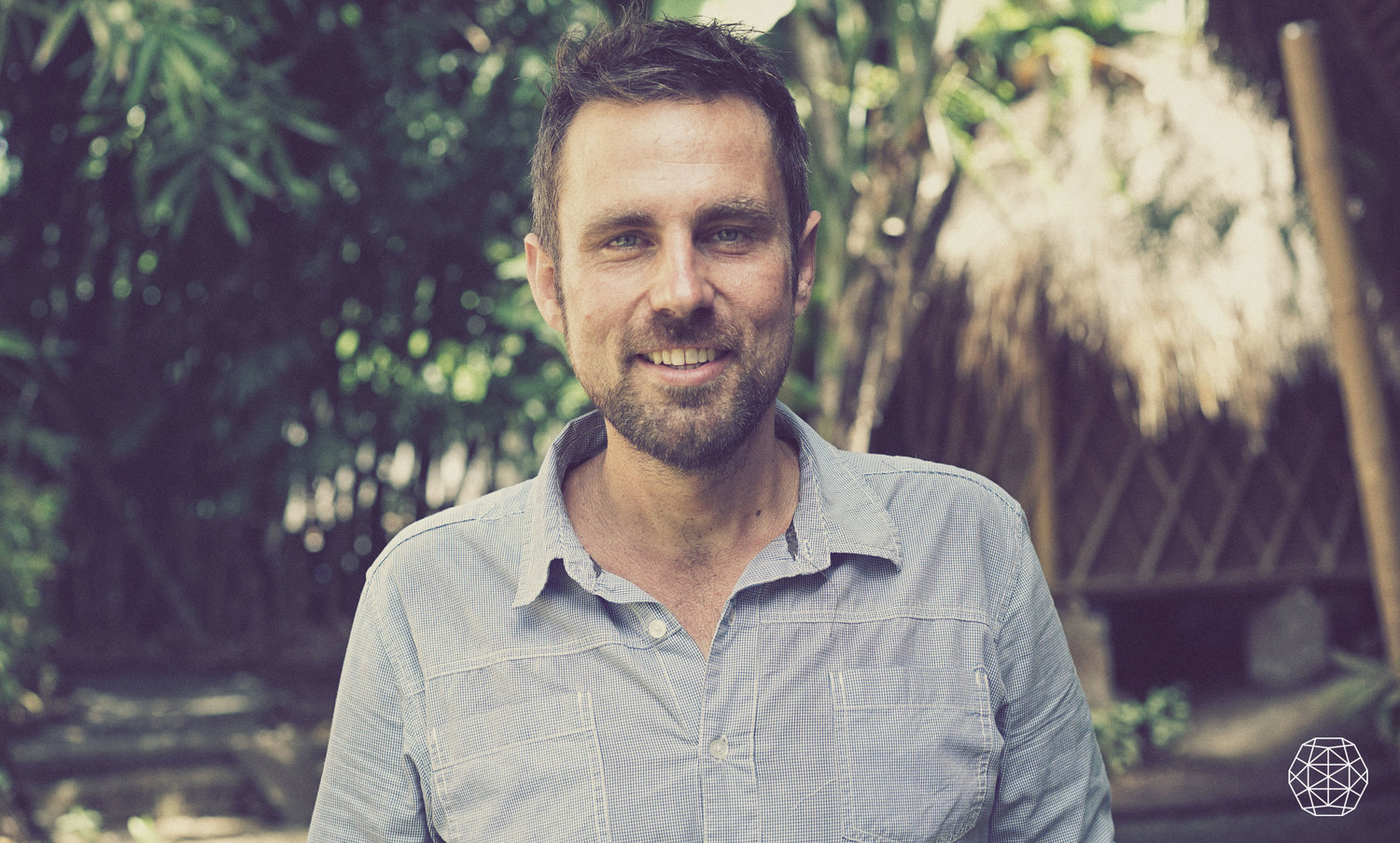 One of them was Simon Jongenotter who has quite an unusual career path. After a degree from ELE business school and a job in the IT industry he decided to follow his dream and become a chef. In 2004, Simon became a qualified chef through City and Guilds of London and then worked the following years in some of the better restaurants around the world. But just cooking for people who have enough money to afford to go to high class places didn't give enough meaning to his life, so he decided to devote himself fully to his passion of reconnecting people with the origins of food and empowering them to change their lives though better eating habits.

‍‍‍Ok, let´s start straight away with a bold question: How can you be empowered by food?

There seems to be a lot wrong with the world and if you would watch the news or listen to the radio it's very easy to feel disempowered because it seems there isn’t much that you as an individual can do about it. However, as consumers we have tremendous power in the choices that we make. I've come to realize that human beings have very basic needs, which is food and shelter. But because It's been made so easy for us to fulfill those needs we somehow lost touch with their origins. Now we have given away a lot of our power to big corporations who are screwing around with our health in order to maximize their profits. Think about it, there is not a month passing without a major food scandal – and that is just the ones that got public.‍

What do you think is the biggest challenge in changing that situation?
‍

‍
Our diets have changed more in the last 50 years than in the entire history of humanity.
The biggest challenge is that people have become very lazy. Convenient mystery foods, marketed in clever ways have great appeal and caused people to lose touch with real ingredients. More and more people are waking up to it, some of them because they get sick from the food they put in their bodies, others because they hear about all these scandals and want to do something about it.

‍What could a solution to this challenge look like?

I believe that by getting in touch with the source of our food we're taking back a lot of our power, so we don't have to be victims, we can change something through the choices we make. I've become really passionate about creating awareness, exploring new solutions and still cooking great food. One way to get through to people is by inspiring them is with amazingly delicious food, it's very emotional. As long as food can be delicious then all the other things can fall into place. I believe the only way to inspire people is through fun, it has to be appealing, it has to be joyful. In my case I’ve taken it quiet far, reaching for ever higher purity standards which go beyond just organic, local ingredients. It includes eradicating all plastic packaging, and embracing sustainable cooking methods such as cast iron pans and charcoal cooking. It doesn’t only serve the entire web of life, it’s actually a lot of fun too, most chefs would love this stuff!

‍So tell me more about the philosophy behind new earth cooking.

New Earth Cooking is not a diet, it’s an invitation to rethink your eating habits and see food differently. The philosophy is broken up into 5 questions and answering them will help you make better choices.

Here are the 5 P’s of the New Earth Cooking Philosophy:

Place:
Does it make sense to you to eat food which has been imported from far away places?

Product:
Are you willing to eat food that is proven to be less vital, fresh and nutritious than Mother Nature has intended? Are you willing to tolerate any amount of toxin and pollution in your food that are known to be a burden on your system? Do you think food should be of lesser quality just because it’s produced in modern ways and said to be ‘cheaper’?

People:
Would you be happy to eat food which has been produced by people who suffer emotionally or physically as a direct result of their work?

Planet:
Are you willing to take more than you give back to planet earth? Do you feel we need to honor earth as our mother who has sustained us since the birth of our species? Is it possible to be a healthy individual whilst all life forms are under threat?

And here some impression how this philosophy looks in action:

What could people do to make a change for themselves today?

There's a wide range of things that you can do, and it will all depend on the level that you can afford it. If you live in the city, it might be as simple as starting to visit farmers markets, or buying a couple of seeds, perhaps starting a compost heap in your small backyard.
At all times show interest in ingredients that are in your food and how it is produced. You can find great amounts of information on the Internet. My favorite thing though is cooking for friends and creating a community around it. These are all very basic ways of getting in touch with the things we eat again. And every time you do that, praise yourself for that.
Never come from a place of I'm not good enough and I need to change, but see who could find joy in every little step you take.